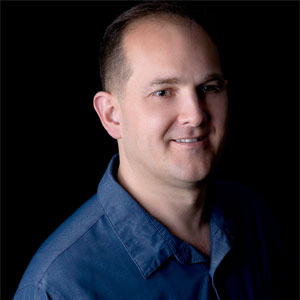 Robert Beringer, CEO & Founder Scored out of school by the tender age of nine, Robert Beringer, initially formed EOR when he was 13. Keeping that fact aside, let’s look at his extraordinary career trajectory. In the U.S. Marine Corps, he was meritoriously promoted in boot camp, acknowledged in Combat School, and went on to earn a perfect score at the Naval Marine Corps Intelligence Training Center (NMITC). Beringer created web applications, RFI Automation Solutions, expanded the Military’s Secret Internet, Top Secret Networks, promoted to work for the only terminally deployed 31st Marine Expeditionary Unit, Special Operations Capable (MEUSOC). During September 2001 Beringer’s MEU(SOC) was ordered to provide Special Operation Support Services in both Iraq and Afghanistan. During this time he was promoted to Sergeant and became the go-to expert for designing new tactical communications systems for 3rd Force Reconnaissance Operators, Navy Seals, and other intelligence professionals. Beringer was eventually recruited out of the Marine Corps to participate in managing the Supercomputing Lab for the X-35 Joint Strike Fighter. During his time there he was able to assist in building, securing and deploying portions of the Next Generation (BeoWulf) High Performance Computing Cluster responsible for modeling the absorption and deflection rates of enemy radar and emissions.

Beringer is also one of the first 20 Quantum Computer certified programmers in the world and has been working with teams of Quantum Crypto Developers since 2007. Utterly impressed by Beringer’s work, IBM hired him to author a Red Book for them in the area of High Performance Computing entitled “Linux Clustering with CSM and GPFS.” He is also the inventor of eDATA which is a solution that automates, correlates, monitors and empowers Electronic Data Analysis and Transactional Accountability through Auditing all forms of unstructured and structured data.

It is evident that Beringer, is a person who has experientially known the ins and outs of the defense realm—specifically the naval sector—at technical, operational and HR levels, is the man cut out to carry the beacon of novelty into the space. EOR is one of our Nation’s “Best Kept Secrets”; this information is reprinted based on our exclusive interview Beringer who today serves as company’s CEO and founder.

According to Beringer, recurring cyber breaches, the Economic Recession of 2008 followed by the Budget Control Act of 2011, sequestration, furlough and years of LPTA created an adverse impact on defense operations at large. Such factors resulted in fewer dollars to pay for livable wages, and more importantly, livable bill rates. Consequently, public organizations raised capital from the stock market while small businesses coped with massive mergers and acquisitions (M&As). The government and defense agencies had to deal with changing prime contractors, certification requirements and clearance processing time.

"Since warfighters are increasingly operating in digital environments, EOR is providing military personnel and infrastructure for our heroes to focus on their mission of liberating the oppressed and bringing international peace"

“EOR addresses these market pain points with innovation, creative solutions, and alignment with our customers,” says Beringer. Trained to thrive in austere conditions and overcome them, the core management team of the company aims to enhance operational efficiency at reduced costs by innovating scalable and sustainable business solutions for its customers.

EOR is an (8a) Small Business Prime Contractor for the Special Operations Command (SOCOM) Wide Mission Support Contract (SWMS) vehicle where a majority of the work being performed on contract directly supports the most elite forces within the Navy and Marine Corps. EOR has been directly hired by the Navy Special Warfare Development Group and has provided advanced cybersecurity and support services to the Navy and Marine Corps around the world on the old IT21, NMCI, and now the Next Generation Enterprise Network (NGEN) contract vehicles. The company leads the way with innovative solutions, expanding where it enhances mission-oriented readiness levels around the world.

The company’s team holds more than 236 patents in AI.

The multi-pronged security services of EOR include various forms of information assurance programs (risk and vulnerability management), cybersecurity emergency response services, including malware analysis, incident response and remediation, and forensic investigation and analysis. The company’s security governance and management services include awareness programs, auditing, disaster recovery, and automation solutions. EOR adopts a consultative approach to identify and best align with the requirements of its clients. The company has also set up critical infrastructures, such as a dedicated call center, security data center and 24x7 rapid response teams to isolate and contain immediate threats while identifying, coordinating and implementing the relevant course of actions. On the networking front, EOR brings to the table, a novel Integrated Security Network Operation Center (iSNOC) framework that comprises of the technologies and approaches “to establish methodologies and integrate alternative mechanisms to gain complete visibility and cognizance into anomalies that occur on global networks,” says Beringer.

EOR also has numerous purpose-built product offerings which provide comprehensive security management and workflow solutions. One of them is PatchRight, which can efficiently aid enterprises to manage security and provide critical software updates for any corporate network. Irrespective of the platform or the type of network, an organization can tackle security challenges with ease. Costs are reduced to a great extent by consolidating all the security functions into a centralized operation. As a result, there is considerable improvement in the security posture and compliance with corporate and regulatory policies and mandates. A client’s workforce, particularly its infrastructure and IT resources staff, can’t focus on core business processes and make better strategic decisions in contrast to the time-intensive security operations.

Another key EOR product is Online Virtual Office or eVo, which has tools that enable secure collaboration for a team, groups of teams or the whole organization. The web-based application allows users to manage the entire business from any location on the globe and functions without the need of any plug-ins.

“Since warfighters are increasingly operating in digital environments, EOR is providing military personnel and infrastructure for our heroes to focus on their mission of liberating the oppressed and bringing international peace,” says Beringer. He adds that the company has innovated ways of building software, which improves the hiring process by more than 70-fold. It can distinctively systemize and automate the rapid onboarding of new employees, a process that went from 23-plus hours to less than 30 minutes.
The company has developed multifaceted technical training programs that ensure the best of opportunities for returning veterans and for patriotic citizens who desire to become heroes for the armed forces personnel. EOR has also formulated plans to invest in building full spectrum compensation packages in case government entities don’t have the budget to pay for commercially competitive rates. The plan has helped customers to clear, process and deploy more than 1,000 new employees during the last four years.

The company’s Contractor Readiness Capability (CRC) is a program for technical professionals akin to ITT Technical Institute for getting the “coolest jobs” in the Military without having to put on a uniform. EOR incentivizes civilians and transitioning service members with scholarship opportunities, grants, educational programs, internships, mentoring, coaching and much more. CRC is comprised of a boot camp style or basic school, “A” school and “C” school equivalent that empowers Navy and Military Personnel to “Strike Gold” when they transition from other career fields into commercial versions of more lucrative and critically essential job fields like Cyber Security, where EOR leads the way by ensuring operational integrity on the networks that we manage. EOR specializes in being able to increase the quality of a person’s life, while empowering people to be better citizens, embrace patriotism, support global activities for Peacekeeping, Humanitarian services through our contracts like the SOUTHCOM USAID, NGEN for Navy & Marine Corps, SOCOM SWMS and other related advanced forms of Unconventional Warfare, Cyber Warfare and Defensive Cyber Activities. EOR closely models and provides similar benefits of NGO's like the Red Cross, Peace Corps and provides opportunities for paid forms of non-profit like missionary work as well.

When a candidate comes to EOR, the company provides unlimited educational opportunities through our Online University "Rocheston" and out Instructor Led training Partner “Secure Ninja” and their online educational community where they pair candidates with success coaches, cohorts for peer enhanced learning, facilitators and online content.

EOR has always been able to find and deliver the most highly qualified personnel, in a short period, and deploy them in combat zones to serve the nation’s interests. “We have had 100 percent incumbent retention rates with seamless transitions for every security agency and the Navy,” says Beringer. In yet another winning instance, EOR provided the Army with such exceptional intelligence products that the U.S. Senate, House of Representatives and Central Intelligence Agency- commended EOR highly on their quality.

Owing to Beringer’s dedicated service to the Army, EOR’s team has instant solidarity and rapport and can speak with the Navy with great authority. One of EOR’s noteworthy projects includes manufacturing the cryptography for the National Security Agency. Currently, EOR has two major contracts for Navy— IT and and IT Security Services around the world.

When it comes to client onboarding and enabling them to get up and running with EOR’s services, solutions, and product stack, the company takes its time to pay heed to the unique needs of its clients and align with their vision. From a security and intelligence perspective, the company assists clients by creating feedback loops that enable multi-agency correlation and government-wide threat visibility as well as allow for real-time global event monitoring, reporting, and mitigation of threats.

EOR is the only small business to receive a Master Service Agreement alongside CenturyLink to provide cybersecurity and infrastructure services for a third of the U.S. network infrastructure. The company also helps AT&T design and promote solutions to and for the benefit of the Marine Corp. Beringer notes that EOR is also one of the few companies to have worked with every Tier 1, Tier 2 and Tier 3 telecommunications provider.

As EOR’s patriotic and peacekeeping efforts continue to script success stories for itself (and its customers), the company is evolving from its former focus on kinetic, asymmetric and irregular warfare to old school unconventional warfare, humanitarian assistance, human performance, Covert Communications, clandestine communications and full cycle asset management, as well as physical and digital supply chain integrity. It is also aiming to align with eco-tourism and provide digital nomads to support patriotic, nationalistic and peacekeeping efforts to build a better world. Sprinting ahead in full steam, EOR is currently developing a brand-new software that will boost employee task performance by 74 percent and streamline all the record management workflows. The hiring process will also get completed in less than 5 minutes. 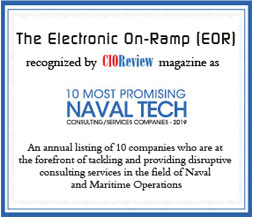 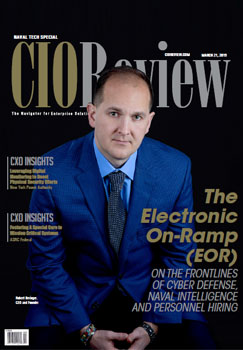