How the Aviation Industry Soars With Advanced Technology

How the Aviation Industry Soars With Advanced Technology 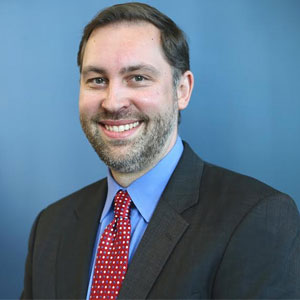 Today’s new aircraft are amazing engineering marvels that combine a century of advances in aerodynamics and design with advances in navigation, communication, and safety systems. The Wright brothers would hardly recognize the fruit of their labor. The industry, however, is trying to balance the advanced technology on new aircraft and the ongoing dependency of legacy systems, many designed and built in the 1950s. Airlines must find a way to introduce operational benefits gained through technology within the confines of a marketplace that needs to support both old and new.

There is no doubt technology and an explosion of data is reshaping aviation, and the airlines that are thinking ahead will make data work for them, not the other way around. Perhaps one of the largest changes in the industry has been the role of information technology in the organization. For most of aviation’s history, technology has lived in specialized operational teams within the airline. IT has been a corporate function, supporting the enterprise but not involved with operational technology. Today, the role of IT is crucial to the airline, and the CIO has become a major stakeholder in the organization. The data revolution that’s upon us will only further drive dependency.

Three main technology advances in aviation have significantly changed the industry over the last ten years:

•  The rise of powerful consumer computing technology through laptops, tablets, and smartphones has been the largest singular impact in commercial aviation operations.
•  The increase in data availability and communications has also fundamentally changed how the industry makes operational decisions.
•  Finally, the operational capabilities of newer aircraft are driving regulators and administrators to review and revise regulations, operating procedures, and rules designed when there was a different technical acumen in the industry.

Truly, airlines are showing tremendous creativity in finding case studies and benefits through consumer technology. The adoption of tablets and a shift towards web applications has led to a more rapid growth curve for the industry. Pilots use iPads or Surface tablets to track the flight, monitor weather, and calculate operational performance. Cabin crews can use phones to accept payments, fill out reports, and review manuals. Mechanics are able to view inventory, history of the aircraft, and electronically sign off a repair on a laptop or tablet.

Moreover, these devices can be a hardware platform that can support further development and functionality to deliver even more benefit. For example, a smartphone that is justified through a paperless project can also support better scheduling, communications, and safety briefings. The mechanic using a tablet can also provide valuable future opportunities to understand traffic flows in a hangar, congestion points in a workflow process, or connect to training videos at the plane. The key to these extra benefits is the data that laptops, tablets and phones consume and generate.

Data has been described as the new currency of business, driving the Fourth Industrial Revolution, and aviation as an industry is beginning to take notice of the operational impact that analytics, artificial intelligence, and data sharing can provide. The opportunities are not all theoretical—performance-based logistics models that allow airlines to tie key asset costs directly to revenue are supported only with heavy dependency on data analytics and process automation.

While aviation clearly believes data can provide an upside, potential pitfalls include expert bias and conflicting information. For example, predictive maintenance can help an airline reduce downtime by identifying a failure before the event. In order to gain this result, the mechanic has to respond to a work order that requests a replacement on a part that does not indicate a problem, which for the last twenty years the mechanic has been trained to avoid. The accounting team at the airline will need to agree that the action was valid, as they will see the removal of a part that has value remaining. The entire company will need to adjust thinking to recognize the full value of predictive actions.

The regulatory shift, significant in the aviation industry given the safety culture, is often behind the commercial push for technology, but has already seen some adjustments. GE and Emirates, for example, have partnered on the GE90 engines powering the Boeing 777 aircraft to shift maintenance to a predictive approach—akin to changing oil in an automobile based on use, not schedule. In a first, regulators agreed to allow Emirates to operate with increased “on-wing” time based on the analytics. Operationally, the impact to the airline is overwhelmingly beneficial, and can mean the difference in future fleet selection. Increased traffic and environment awareness are driving pushes in air traffic control that are possible only with data communications and regulators have begun requiring data over voice in the future.

Aviation is typically viewed as a high-tech industry, and there are many examples where the industry has driven change globally. The diversity of operations can create problems with introducing technology, and aviation has often lagged other industries as a result. The last decade has introduced a new approach that changed the paradigm and a growth curve has developed with a steeper slope and higher value. Perhaps the best part of recent innovation and transformation is how it allows the industry to move faster and stronger into new technology in the future.

THE CHALLENGES OF CYBER-PHYSICAL SYSTEM SECURITY

How to Build an Effective Content Strategy Others Will Envy

A Collaborative Approach to Wealth Management