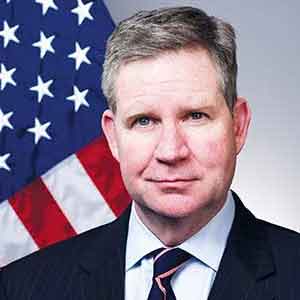 The Division of Aerospace Sciences in the Office of Naval Research (ONR) helps to create new fundamental knowledge in a wide range of technical areas that support future Navy and Marine Corps needs in air platforms, kinetic weapons and directed energy weapons. These investments also support the development of a highly skilled scientific and engineering workforce that will be able to support next generation aircraft and weapons to enhance our national security.

ONR was established by Congress in 1946 to plan, foster, and encourage scientific research to maintain future naval power and preserve national security. We sponsor various types of entities with grants or contracts from universities in all 50 states, to small businesses, to large weapon system integrators (prime contractors), to Navy and other DoD laboratories and other government entities, such as NASA. The Division of Aerospace Sciences supports research in the areas of: fixed and rotary wing aerodynamics, aeromechanics, flight dynamics and control, power, propulsion and thermal management, advanced airframe and missile materials and structures, hypersonics, directed and counter directed energy weapons, energetic materials, combat aircraft survivability, and the science of autonomy.

“We Must Be Diverse In The Constituency To Think Differently, Develop Unique Approaches, And Employ Perspectives Not Previously Considered. That’s Why, As We Reimagine Naval Power, We’re Reimagining The Workforce, Including Naval Science, Technology, Engineering And Math (Stem) Programs”

Each of these technologies is important to project naval power. However, they are also important to other organizations, such as our sister services DARPA, NASA, etc., as well as corporate investments with Internal Research and Development (IRAD) funding and Small Business Innovative Research (SBIR) resources. One of the major aspects of creating a research program is to coordinate with these other organizations and to identify aspects of these technologies that are either naval-driven or navalunique, and invest in these. As an example, while all aircraft take-off and land, the aerodynamics and propulsion for naval aircraft have unique aspects, due to the requirement of operation from either large-deck aircraft carriers, for fighter aircraft, or small deck destroyers, for rotary wing aircraft. Landing on a pitching and heaving ship deck with a very complex flow field requires aircraft with greatly enhanced lowspeed handling qualities and engines that can rapidly accelerate from idle to full power, should the aircraft miss the trap wire and a “bolter” be required to get back off the carrier.

One of the successes of our Sea Based Aviation program was the “Magic Carpet” system sponsored by ONR and developed by the Naval Air Systems Command (NAVAIR) to simplify the landing of the F-18 Super Hornet, by introducing direct-lift control aerodynamics and a closedloop feedback along with a user-friendly pilot interface. Carrier landing has long been one of the most challenging aspects of training for naval aviators. The Magic Carpet will greatly reduce the amount of time devoted to this aspect, and allow for more focus on training for other parts of the mission set, such as strike operations. Another important research direction is the Variable Cycle Advanced Technology (VCAT) program to enhance fighter engine performance, to allow for faster acceleration, higher speeds and better fuel efficiency that allows for longer-range strike operations. Operations in a maritime environment also subject airframes to harsh, corrosion-inducing conditions, as well as complex undercarriage stresses due to catapult and landing loads. Advances in structures and materials are required to improve performance, as well as increase lift and reliability—and hence increased mission-capable rates.

Improved performance and safety of energetic material systems is critical for longer range, high speed, and increased lethality weapon systems and hence a major focus of our research investments. Energetic materials are used in warhead fills, solid rocket motors, and in a new set of technologies where the solid steel warhead cases are replaced with highdensity reactive materials and structural reactive materials.

ONR and the Division of Aerospace Sciences has been a leader in creating the underlying fundamental understanding for directed energy weapons (DEW) and counter directed energy weapons (CDEW). This includes high-energy lasers (HEL) and high-powered microwave (HPMW) weapons. Increasing the power and beam quality, while reducing the size, weight, and power required has been a major focus of this research program.

More than a dozen program officers in the Division of Aerospace Sciences at ONR use their highly specialized technical skills and insight into the military utility of potential advances to create research programs that further the boundaries of knowledge and enhance national security.

What It Truly Means For IT Security To Bea Business Enabler

Policy is a Key Solution to Stopping Packaging Waste

Congestion-Driven Basis Risk, A Challenge for the Development of...